How SwimBox Got Happier Customers for Less Work & More Money 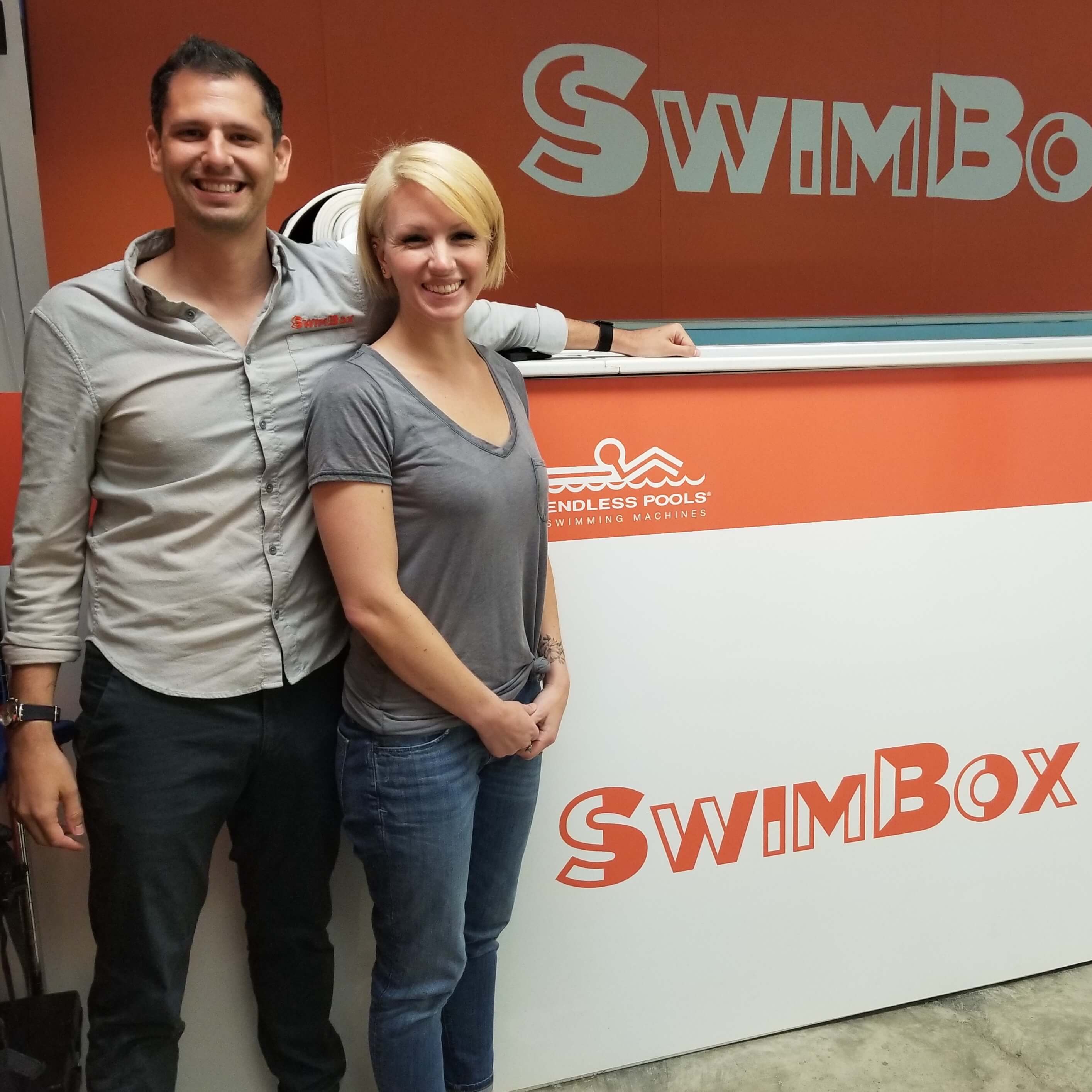 SwimBox swim studio opened its doors in 2015 with one coach, Dominic Latella, and a Commercial Endless Pool. In the three years since, the Fairfax, Virginia, facility has expanded to four coaches and anticipates a second location! They've just launched a new subscription model that's already a win-win for the studio and their clients.

The Headaches of the Old System

According to Lissa, SwimBox's Business Manager, à la carte booking for Dominic was frustrating for everyone.

"His calendar was booked out four to five months in advance," she says. Their wait list became "incredibly time consuming and very frustrating because the scheduling service we use doesn’t have a feature to do that automatically. It was just me and a bunch of Post-it Notes!

"He was getting up to 70 or 80 clients a month because people would randomly appear on his calendar through the online book system. The people he'd been working with for years were getting locked out."

Swimmers could purchased packs of three, five, or 10 lessons and book them all in advance. But that caused it's own hassles, according to Dominic. "If someone had to cancel, and they'd scheduled well in advance, then they might not get to see me for another four weeks.

"It was frustrating for me and for my clients because they couldn't get on my schedule frequently enough. I had a handful of clients say, 'You need to charge more money.' I didn't like the thought of charging more than my other instructors; that meant I was somehow superior to them, which I don’t believe." Still, something clearly had to change.

Dominic set some core priorities for his new booking system. First of all, he recalls, "I wanted to limit the number of people I see."

He decided that, financially, "I would be content" to break even. "I figured out how much money I made for SwimBox in a year, and then I worked from there. If I only want to see 20 people instead of 70 people, how much would I have to charge?"

Some simple division established the price for the most affordable, Level 1 membership. With three membership levels offering a range of perks, Dominic says, "We want to make everyone feel that they're getting more."

Each coaching membership at SwimBox requires a three-month contract. At all membership levels, registration and cancellation fees are waived, and the swimmer is guaranteed slots with Dominic and their Performance Endless Pool.

Each month of the subscription, the Level 1 membership gives Dominic's swimmers two hour-long lessons. They also enjoy a 30-minute "open swim," meaning an Endless Pool session with no coach. (They still enjoy the Endless Pools underwater mirrors for real-time feedback and stroke adjustment.)

The two premium levels include other perks. Each subscribing swimmer gets a high-end wearable fitness tracker, access to SwimBox's recovery boots and sleeves, as well as discounts for SwimBox clinics and with the studio's preferred strength and conditioning coaches.

"It's a pretty robust membership," Dominic observes, and his clients – mostly triathletes and competitive age-group swimmers – have expressed their agreement.

Before the subscription program was officially announced, Lissa recalls, "We reached out to 25 people, Dominic's oldest clients. We've worked with them for three years, so we offered it to them first." Of those 25 long-term clients, Lissa proudly reports, "They took 19 slots."

They then announced the subscription by a mass email to their full contact list. "We actually have 23 people," instead of the planned 20, she notes, "because of the way the bookings worked out, we still had room to do that." In addition, they have a Wait List of 13 additional swimmers hoping to purchase memberships for next quarter.

Lissa has spoken with the 23 subscribing clients, and they are all much happier with the new system. "People have said that it feels more focused. They're coming in more frequently and getting more attention."

Dominic also sees greater client satisfaction now that he only has 23 clients a month, not 70 or 80! "It's helping get results for my athletes faster than what I was doing before. It also has helped create a stronger bond between my clients and myself."

"It's super nice for me too," Lissa adds, "because I did the calendar for July, August and September back in June. Now if someone has to reschedule, it takes me two seconds." Better still, she can reschedule their swim coaching appointment by telling them, "'You can come in the next day,' not 'You can come in months from now.'"

Helping Wisdom understand where he wants to shoot his hands to by giving him something to aim for! In breaststroke you want to shoot your hands/arms forward, not downward, which can be hard due to the undulation of your hips during your kick. You want to keep that undulation in your hips and not let it affect your streamline position in the water. This will allow you to swim more powerfully forward as opposed to wasting time and energy swimming up and down like a dolphin in the water. . . . . . #swimbox #swimlessons #swimminglessons #breaststroke #legday #abworkout #corestrength #fitguys #mastersswimming #usaswimming #fitguys #triguys #instafit #igftit #fitfamily #fitforfun #weekendworkout #swimtraining #swimmingpool #pooltime #endurance #trainingday #saturdaymood #swimday #swimmers #swim #swimfit #swimmingsuit #swimmerproblems #swimcoachlife

Having just celebrated SwimBox's third anniversary, Dominic and Lissa envision big things for their swim studio's future. "The goal is for two of our other instructors to build up a client base big enough that they can go to a membership format eventually," he says.

In the meantime, the other three coaches "use the package format. I don’t think its fair to make everyone go to a membership format because not everyone wants that. Some clients want to pay for five lessons and then be done."

Beyond that, they're planning other Endless Pools in other locations. Dominic said that he and Lissa are asking, "How can we replicate this in Virginia and across the country as we move forward? Can we make this happen somewhere else?"

They're already exploring locations, perhaps even a smaller studio with a smaller footprint. Whatever comes next for SwimBox, Dominic promises, "It's going to be an adventure."