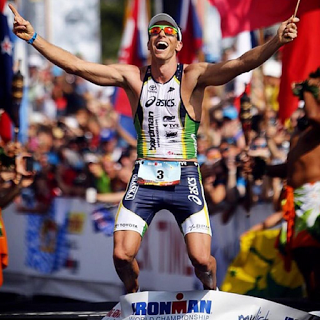 “I don’t swim in squads; I swim on my own,” notes professional triathlete Pete Jacobs. “I’ve got a pool at home, it’s got a Fastlane® in it. It’s such an advantage for me.”

In 2012, Pete won the IRONMAN World Championship. He sat out the race in 2015 due to injuries, but he still came to Kona in support of the triathlon community.

While on the island, he stopped by the Endless Pools® booth near Kailua Bay, swim start, where we shot this video.

In just under two minutes, Pete discusses his swimming training and what he’s learned in his decade-plus triathlon career.

Pete trains at home in his own Endless Pools Fastlane, our swim-current generator that easily installs in traditional pools.

“It’s just such an advantage for me because I like training at home,” he notes; and with three disciplines to train for, being able to swim at home – no commute, no flip turns – is a huge time-saver!

“I’ve got 15 minutes free?” Pete asks. “I can just jump in, loosen up and get a really good feeling out of swimming. It’s like being a kid again!”