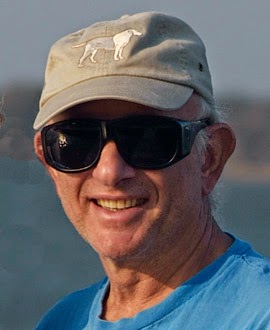 “It’s probably the coldest February I can remember,” laments Ray Scharf. On the phone from his North Carolina home recently, Ray wasn’t concerned about wearing a scarf or shoveling snow. He was upset that he had to limit his outdoor Original Endless Pool® swimming!

“For the amount I use the pool, it was the best money I ever spent,” he notes with pride. “It’s awesome!” That’s high praise coming from Ray: From 1967 to 1982, he served as Head Coach for the East Carolina Pirates swimming team. During that time, he won 11 consecutive Southern Conference titles and coached 86 All-Southern Conference swimmers, 40 NCAA Division 1 Championship qualifiers, and 24 women’s All-America swimmers.

As he retired from ECU six years before Endless Pools was founded, he never used one professionally. In retrospect, he sees its potential clearly. “If I were still coaching, I’d have three or four of them just to help my swimmers with stroke mechanics. It helps someone to correct mistakes. It’s a phenomenal piece of equipment.”

At the age of 77, he now swims in his Endless Pool five to seven days a week, weather permitting. “It’s so nice to get in and be outdoors – even in the wintertime, if the wind’s not blowing.” With the pool’s temperature control, he swims even “if it’s in the low 70s.”

When he retired and moved from Greenville to Harkers Island, his current residence, he tried dialing down his exercise routine. That didn’t last long. “Just walking wasn’t my thing,” he discovered. “I had to swim.”

He turned to Endless Pools for its at-home convenience and the quality of its swim current. The pool’s ease of assembly allowed him to install it himself; he also built the deck, outsourcing only the pouring of the concrete slab and the tile work.

“The neat thing is that I can walk out my back door; I don’t have to drive into town or buy a membership. You just hit the button, and you can go swimming. I wouldn’t trade it for anything.”

He had other uses in mind too. To teach his grandkids to scuba dive in safety, he customized his Endless Pool to be longer, wider, and deeper than standard.

He’s also pleased with the Endless Pool’s water quality systems. “I just add water to it. I’ve never had to replace the water. I change the filter as needed, and it works great. The water’s always clear. I love it.”

An "Investment" in Happiness

Ray calls his Endless Pool “one of the best investments I made in regards to keeping myself healthy.” It also keeps him competitive. He’ll swim in the 23rd Annual Albatross Open in Maryland later this month and the 2015 National Senior Games in Minnesota this July.

To save money, he will sometimes combine swimming with a vacation for him and his wife. At the 2014 FINA World Masters Championships in Montreal, he finished 12th; in Riccione, Italy, in 2012, he came in 10th. “There are a lot of strong swimmers,” he says matter-of-factly. He’s just happy to compete and travel. Mostly, though, he’s happy to have in-place swimming capabilities just steps from his back door.