LISTEN: the Brownlees Build (and Podcast) their Legacy 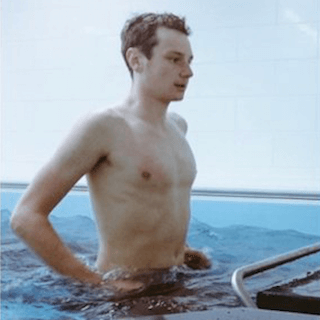 At ages 27 and 25, superstar triathletes Alistair and Jonny Brownlee aren’t waiting for retirement to build a lasting legacy. “We want to create a big triathlon centre in Leeds,” declares Alistair, and their Elite Endless Pool® facility “is part of that.”

Aquatread, as they’ve named that facility, has been helping world-class pros and local amateurs since its 2014 soft opening. The 2015 grand opening, documented in this streaming-only podcast, includes extraordinary stories of Aquatread’s almost immediate impact.

Of course, the Brownlees have their own Endless Pool success stories. “When I tore my Achilles in early 2012, I was looking at ways I could get fit,” Alistair recalls; “I decided that an Endless Pool and an underwater treadmill was the best way to do it.” Six months later, he won the 2012 Olympic gold medal.

In 2013, Jonny “spent the best part of three or four months in” an Endless Pool following an ankle injury; he returned later that year to win ITU World Triathlon Yokohama.

Another Aquatread regular, Slovak triathlete Richard Varga, used the opening event to take on the Elite Endless Pool’s top speed of 54 seconds per 100m. How long could he last? Social media predictions varied from seconds to days! Take a listen to see just how long man could dominate machine.