In Kazakhstan, a Former Olympic Hopeful Trains the Next Generation 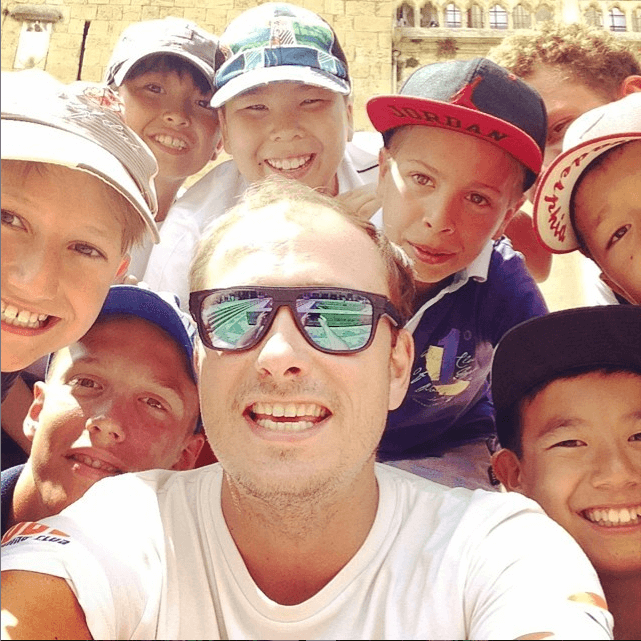 “Swimming for me was like the meaning of life,” recalls Alexey Pilipaka. In 1988, he was among the most promising athletes in the soon-to-collapse U.S.S.R. While the tides of history may have sunk his Olympic dreams, they couldn’t wash away his passion for the sport.

Today, Alexey and his brother, Eugene, are co-head coaches at Tube Swim Club in Almaty, the largest city in what’s now the Republic of Kazakhstan (and a serious contender for the 2022 Olympics). Together, they’ve trained more than 100 athletes, ages 4 to 14, both in a 50m pool and in Tube’s own Elite Endless Pool®.

“My athletes love the Endless Pool workouts,” Alexey told us. With its adjustable current, underwater mirrors, and the video analysis options afforded by in-place swimming, the Endless Pool “greatly improves the swimming technique and athletic skills” of Alexey’s students.

In addition to teaching their youngest club members to swim, Tube also works with older teens on competitive strokes and strategies. “This year, we participated in the Thanyapura Invitational Swim Meet and the Dubai International Aquatics Championships. Pupils of our club collected 15 awards” in total, he proudly reports. Alexey cites Ilya Valyaev, Yana Yerokhina, and his 16-year-old brother, Ivan, as among their most promising.

As an added benefit for young Kazakh swimmers, Tube sponsors a sports scholarship program. Swimming offers the best of them “a great opportunity to get an excellent education in the U.S. We are working on an athletic scholarship in the United States with Sergey Fesenko, son of the legendary Olympic champion Sergey Leonidovich Fesenko. We help talented young swimmers find the right university. … We sent more than 20 athletes to study in the United States.”

Alexey’s own passion for swimming began in 1988, as a child in the former U.S.S.R. He broke swimming records, and regional coaches “unanimously predicted my Olympic future.” With the 1991 dissolution of the Soviet Union, “the whole system collapsed [the] sport of swimming in Kazakhstan.” Pools closed, the money dried up, and with it, his prospects for Olympic glory.

Still, he went on to earn a Master of Sport in Swimming (a Kazakh designation held over from the old Soviet system) as well as a degree in economics. Today, running a swimming school, Alexey uses both fields of study to help another generation to pursue their Olympic dreams. So don’t be surprised if you see him poolside in Rio 2016 or Tokyo 2020.