When the Guests are Gone, this Swim Spa Stays Open 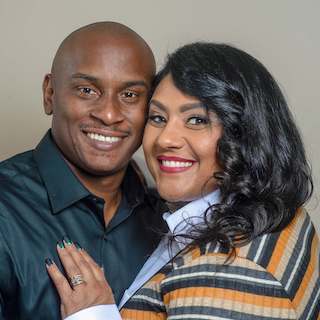 In last week's post, we looked at how an Endless Pools® swim spa helped transform a modest vacation rental into a multi-unit revenue-generator for its owners. This week, innkeeper Tarus Nelson explains how the swim spa provides fun and fitness opportunities for him, his wife, Yolanda, and their family.

"In 2014, we had it installed," Tarus recalls, "and it's probably been one of the greatest additions I made to the house." Why? "Because of the value that it adds: I train children to swim in there, I train triathletes, I train para-athletes."

Among the guests at his D.C.-area vacation rental, The Nelson Manor, the Endless Pools swim spa is consistently popular, Tarus finds. "I've had seniors come in there, I've had executives come in there. We have such a wide demographic that are purely in love with it.

"I get so many people that are interested in the specs on it. I tell them the full capabilities and how it can impact the entire family." Tarus knows about that firsthand – the Endless Pools swim spa has had a great impact on his family.

"I'm a service-disabled vet," he notes. "I was in a vehicle accident in the military which put me in a coma. My left arm is reconstructed with metal. They didn’t have to give me a prosthetic, but pretty much everything underneath is bionic." Fortunately, he recovered sufficiently to still be able to swim, bike, and run.

"Someone introduced the sport of triathlon to me in 2008, and I simply fell in love with it. It changed my life. It changed the lives of my family. We all got involved."

Tarus became an IRONMAN triathlete. "I did so much research on the sport – the latest trends, what was out there that could give me advancement, and one of them was the Endless Pool.

"I also became a triathlon coach," he says proudly, "and one of my frustrations was that I would have to go to the [public] pool to meet these people. I said, 'You know what, I want an Endless Pool," and we drove directly up to Pennsylvania the same day and came to your showroom and saw your different models."

From that day on, he's found the Endless Pools experience to be "five-star. It's been nothing but stellar since the moment that I spoke to a sales representative and they invited me up to Pennsylvania. Our pool is doing great as far as its operation and function. We haven’t had any type of operational issues with it," and he's had it active since 2014.

Training in the Swim Spa

"I fell in love with the Endless Pool," Tarus says now. "The mirror at the bottom is probably the most impressive feature because it allowed me to auto-correct. It automatically helped me with head position, balance, and form."

As a coach, he finds that swimming in place with real-time feedback is "a great learning tool." Many swim coaches report that they can progress a client faster in the Endless Pools swim current than in a traditional pool. As Tarus puts it, "the instruction conversion time as a coach is amazing."

While the guests of The Nelson Manor enjoy the pool, and Tarus uses it for triathlon training, it's still used as a family pool. That includes his wife and co-owner of the Manor, Yolanda, his two adult children, as well as his dad.

"My father, God bless him, he's 85," he says. "He comes down here from New York, and he'll stay in [the swim spa] for half the day. It's like his therapy. He’ll do his squats, he’ll do his stretches in there, and it’s the best form of aquatic aerobic exercise for him."

For the many uses and conveniences that he gets out of their Endless Pools swim spa, Tarus reflects, "This thing has been a gem."

#tbt When athletes would come thru to have their #breakthrough moments in swimming 🙌🏾. . We just started watching #tinyhousenation and knew we wanted to replace the old shed but weren’t sure which route to go. So we waited.🤷🏽‍♂️ Nevertheless we made sure we installed our @endlesspools Swim Spa 1st where I trained for an @ironmantri and coached a few local superstars to compete in a #triathlonrace Book your stay to experience the magica history behind The Moroccan Cottage in the Bio. #thenelsonmanor #themoroccancottage