The Brownlees Defend their Olympic Titles 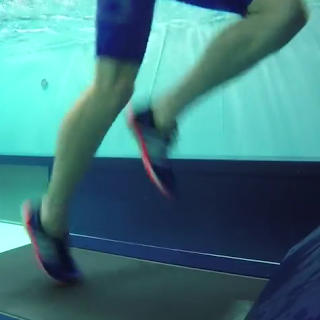 This morning, Alistair Brownlee could become the first person to win back-to-back gold in Olympic triathlon. He and his brother, Jonathan, who took the bronze in London 2012, both acknowledge that their Endless Pool® has played a crucial role in their preparation.

Six months before the London Olympics, Alistair tore his Achilles tendon. In the low-impact environment of his Elite Endless Pool, he was able to continue running on the Underwater Treadmill. He credited the pool with giving him a “massive, massive benefit” in the crucial months before his gold-medal victory.

Training about 35 hours a week, the brothers know that injuries are unavoidable in such a demanding sport. “I got a stress fracture last year,” Jonny tells UK television presenter Charlie Webster in this video, “and I got told I wasn’t going to be able to run for 12 weeks. Thanks to the Endless Pool, I was back in seven or eight weeks.”

The brothers also use their Endless Pool for swim training and stroke refinement. As Alistair observes, “Every day when you swim, you can definitely learn technically.” Jonny adds, “If you use an Endless Pool, you get that constant technique feedback” from their pool’s underwater mirrors and video.

Last August, Alistair underwent ankle surgery. Again, he turned to his Endless Pool for training and rehabilitation. “Days or weeks when I’m injured, I actually spend as much as 10 hours just running on it.” This summer, he returned to the sport, winning World Triathlon Series races in Leeds and Stockholm.

This morning in Rio, they swim 1.5 km in the waters off Copacabana beach, bike into the hills for 40 km, and then run for 10 km along the coast. In an interview this week, Alistair claimed, “I feel like I'm in my best shape since London.”

Please tell us a little bit more about you