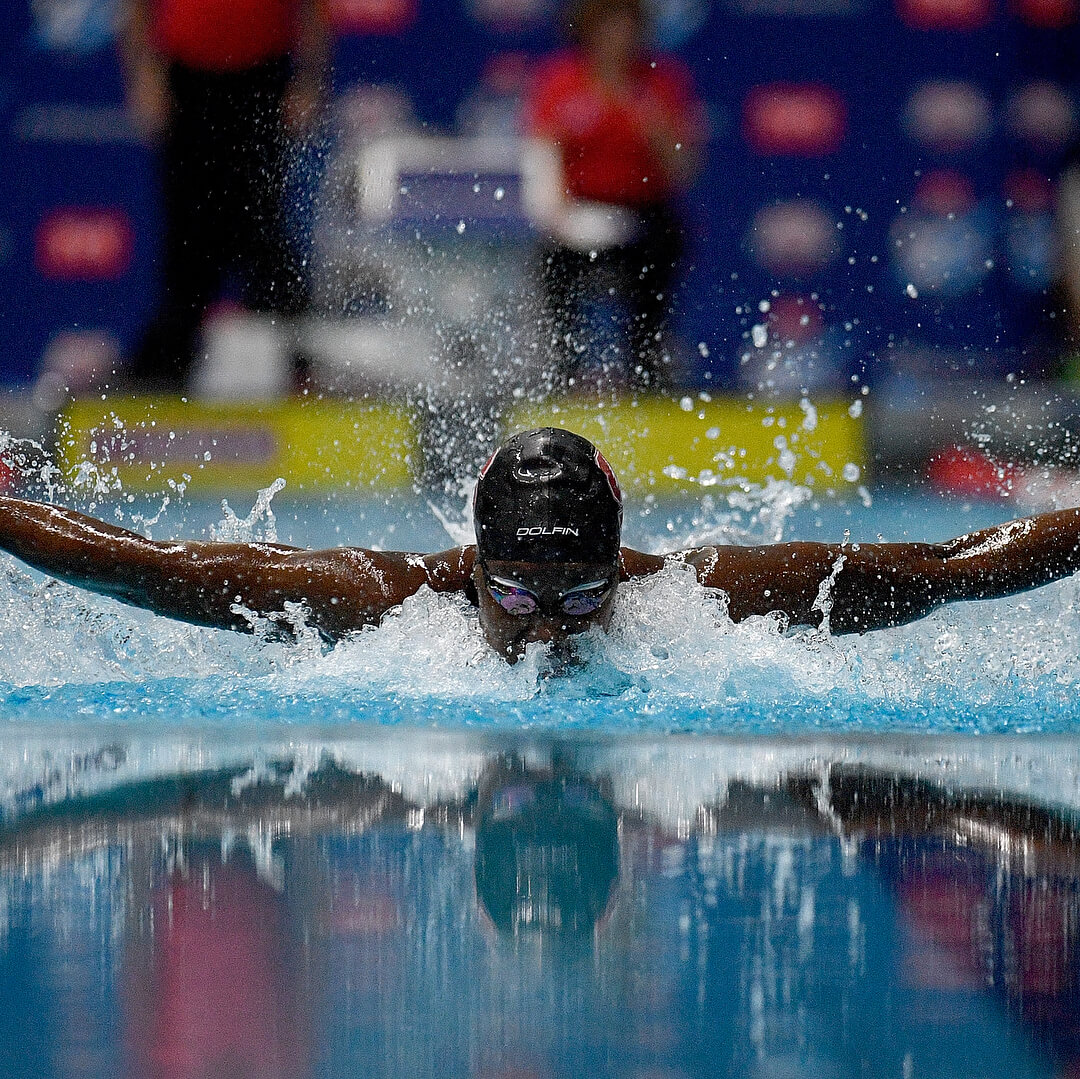 Katie Ledecky kicked off her pro career by shattering her own world record … by a solid five seconds! (Baltimore Sun)

The 2018 U.S. Masters Swimming National Championships got off to a bang with 8 world records, including 6 from a 95-year-old swimmer. (Swimming World)

Women who want to be on the cutting edge at the beach this summer will want to know about these 8 fashion-forward swimwear brands. (Paper Magazine)

Is the commotion from open water swimmers disturbing ocean wildlife? Turns out it's all about the bubbles. (Cosmos)

Explore the remarkable history of "swimming suffragists," women in the early 20th Century who challenged gender norms in the pools and at the polls! (Atlas Obscura)

Get inspired by 71-year-old Senior Olympic swimmer Vivian Stancil, a blind woman who learned to swim at age 50, after which she dropped 12 dress sizes and established a foundation to offer free swimming lessons! (Purpose2Play)

How does an injured runner avoid a midlife crisis? She takes up swimming, according to this first-person account. (New York Times)

We recently reported on Swimming with Men, an upcoming British comedy about middle-aged male synchronized swimmers. Turns out a French film with the exact same setup, this one called Sink or Swim ('Le Grand bain'), just premiered at the prestigious Cannes Film Festival. (Hollywood Reporter)

Don't miss this remarkable footage of a team of marine researchers rescuing a swimming deer from sharks circling below! (Miami Herald)

Katie Ledecky breaks her own 1500 Freestyle world record with a 15:20.48 in her first swim as a professional athlete.

Ledecky, Manuel, Dressel to make their pro debut in Indy, Atlanta this weekend

Did you hear the news? ? • Missy Franklin is coming back to swimming—Then what? Link in bio!

Happy Mother’s Day to a true Queen. God has really blessed me with the best. Thank you for always supporting me and being my biggest cheerleader. Thank you for being so selfless, loving, caring, and going above and beyond in everything you do. Oh, thanks for giving me your good looks, too. I love you! ??

Happy Mother’s Day to the strongest woman I know, love you mom! #BeastMode