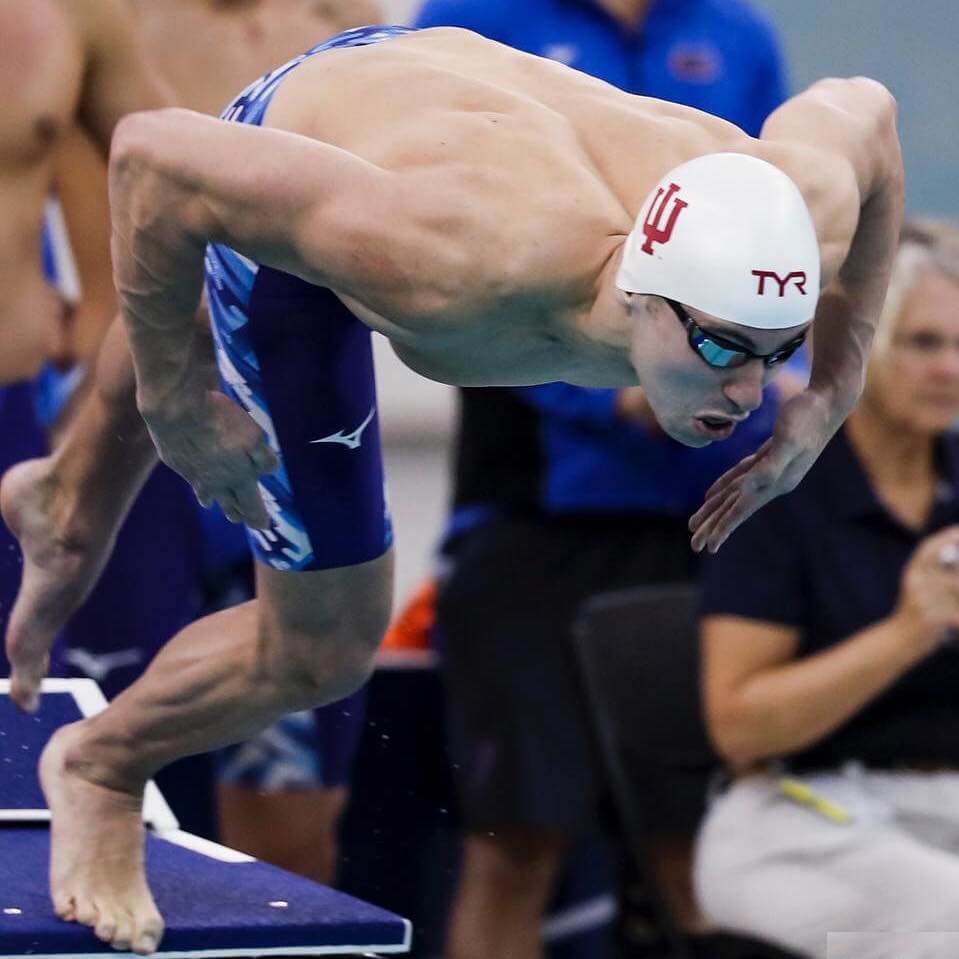 Enjoy this overview of the D1 Men’s NCAA Swimming Championships (Swimming World), which are underway and streaming live.

Goodbye, Eagles? EMU announced the end of its Men's Swimming and Diving program. Given the team's 34 MAC Conference titles, reaction was swift and strong (Swim Swam) and included a crowdfunding page to save the program (GoFundMe).

As part of their "What's Your Workout?" series, the Wall Street Journal profiled a retired swim mom who followed in her daughter's footsteps by becoming a competitive Masters swimmer.

Watch video of – and by – a robotic fish with a surprisingly realistic swim. (Science)

A new line of swimwear by and for women has attracted some high-profile investors, including actress Demi Moore. (Women's Wear Daily)

In this Indonesian village, swimming skills are required to retrieve potable water. (Phys.org)

"You get to express yourself... you can just let go." Kate Shortman and Izzy Thorpe are two synchronised swimmers who look like they have superhuman powers. They love their sport because they say it allows them listen to music and let go. #synchronisedswimming #swimming #olympics #dancing #zerogravity #bbcnews

NCAA Coach(es) of the Year ?? #GoStanford

This week, the boys of North Allegheny took down a serious national high school record set by the power Bolles School team including @ryan_f_murphy @josephschooling & Santo Condorelli. Mason Gonzalez (43.27), Andrew Zhang (44.24), Jack Wright (43.22), and Rick Mihm (43.08) combined for a blistering 2:53.81 in the 400 free relay, besting the national independent high school record of 2:54.43 set by a team of three future Olympians. Read more about our @BlueSeventy Swim of the Week at the link in the bio. #sotw #swimoftheweek

A giant yellow inflatable duck named Daphne that made a break from its moorings in Australia has been located after a week on the lam, its swimming club owners said on Monday. Daphne — the oversized mascot of the Cockburn Masters Swimming Club in Perth — made a bid for freedom on March 11, drifting out into the Indian Ocean and sparking an appeal for help along Australia’s west coast. Reports of sightings flooded in, including one from 440 kilometres (270 miles) away. But on Monday a local fisherman revealed that he had spotted the escaping bath toy on the day of its disappearance — just 30 kilometres off shore. “No-one knew about a missing duck at that point, we didn’t know where did it come from,” Tony Gibb told the Australian Broadcasting Corporation. “It looked perfect. It was fully inflated, there was no damage to (it) whatsoever.” #duck #ducks #instagram #instagrammer #instagallery #daphne #ducky #duckface #australia #australian #inflatables #inflatableduck #cockburnmasters #swimmingclub #mascot #mascots

Here is our 2018 squad! All 9 of these women will bring their skills, experience and knowledge to Atlanta, GA for the Lead Summit this Labor Day weekend! Join us for an unforgettable 4 days with some of the best women in swimming!! Link in bio to sign up! @leadsportssummit *Limited space available* #leadsportssummit #girlswholead #womenwholead

TYR Sport is proud to announce the re-signing of 4X IRONMAN World Champion Chrissie Wellington to its roster of brand ambassadors! To read more, head to the news/event section of TYR.com! #TeamTYR