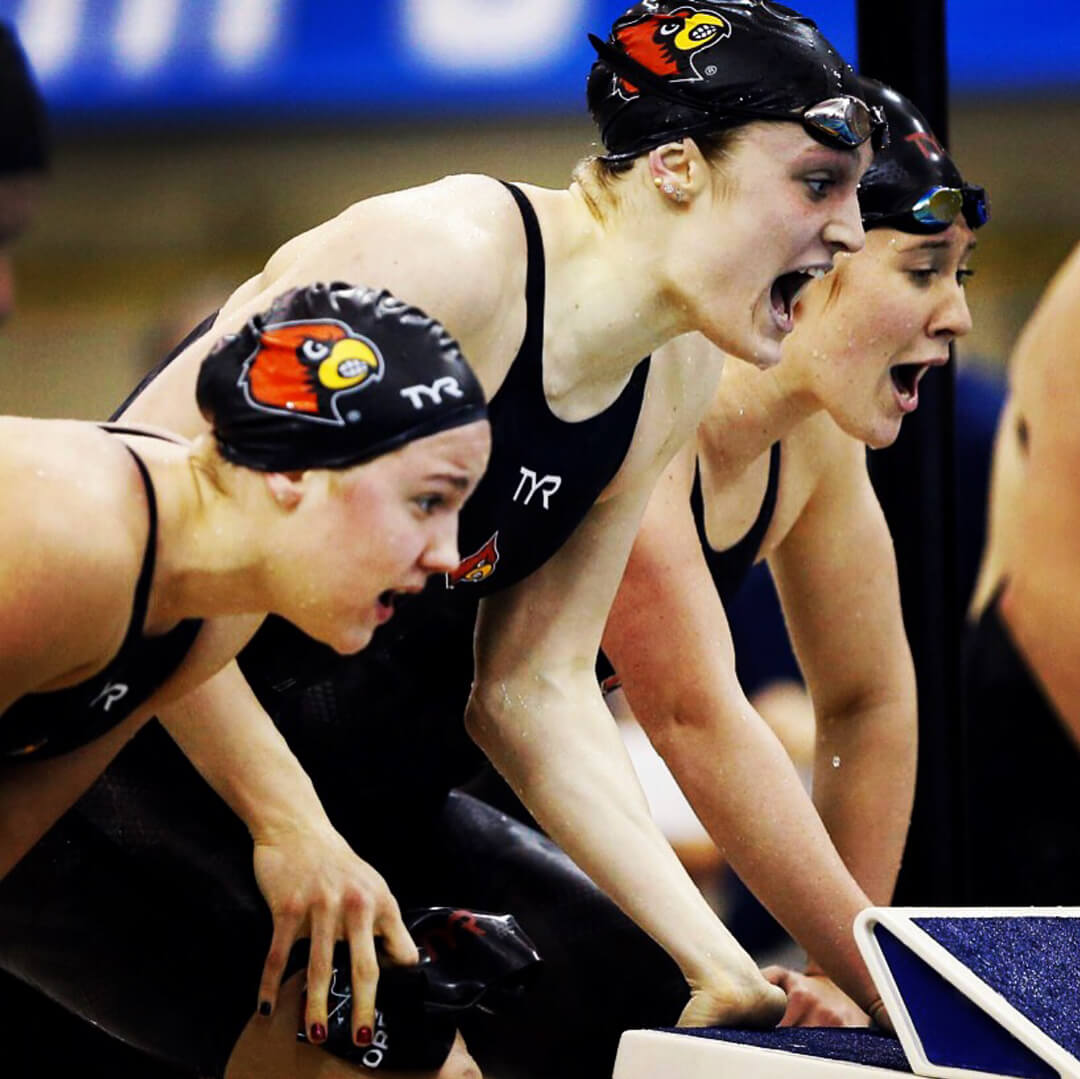 The D1 Women’s NCAA Swimming Championships are underway! You can live stream the preliminaries and the Friday/Saturday finals.

In a bid to have up to 20% fewer swimmers at the next Olympic Trials, USA Swimming moved the qualifying period to exclude 2018 Summer Nationals. (Swim Swam)

Olympic swimmer Lizzie Simmonds had a tweet go viral. Not everyone was happy about it. (BBC)

After his three NCAA titles and seven gold medals in Budapest, swimmer Caeleb Dressel has been nominated for the prestigious Sullivan Award. You can vote for him here.

Inspired by her twin brother, who has Down syndrome, a student swimmer started the new Beyond the Waves blog to raise awareness for the Special Needs community.

Olympic swimmer Kathleen Baker wants people to know that, even with Crohn's disease, you can accomplish something significant. (SFGate)

Read this extraordinary profile of the swimmer who came back from Hodgkin's Lymphoma to help her school win its fourth consecutive NCAA title! (Observer)

After a multi-million-dollar renovation, a spring-water pool in Death Valley is again open to the public. (Travel + Leisure)

Ready to jump in #GoStanford

Today I had one of the most humbling experiences of my life. I'm in Plantation, Florida this weekend swimming in a meet. In between events, I took the 20 minute trip to Parkland for an unannounced visit to Marjory Stoneman Douglas High School. With the help of Assistant Athletic Director and Swim Coach Lauren Rubenstein, I was fortunate to have had the opportunity to speak to and meet with the swim and water polo teams. I also had the privilege and honor of meeting the parents of Nicholas Dworet. Nicholas was the Swim Captain at MSD and he tragically lost his life along with 16 others during the senseless high school shooting. Words cannot describe the emotions that I felt while at the school and how grateful I am that I was able to meet with those incredible students. In honor of Nicholas, I committed to his parents that I would swim on his behalf tonight and I did. I proudly wore an MSD cap and won for Nicholas and the entire Parkland community. I also told his parents that I will dedicate my swims in the 2020 Olympics to Nicholas. One of his goals was to swim in the Olympics and now he will with me!! #msdstrong #parkland #marjorystonemandouglas #broward #17 #swimming #swim4nick #neveragain #neverforget #olympics #japan2020 @tyrsport #teamtyr

#IRSC's Sule Van Der Merwe is congratulated by a teammate after she won the 1000-yard freestyle race and broke the @njcaa record during the 2018 NJCAA National Swimming and Diving Championship on Wednesday, March 7, 2018, on IRSC's Main Campus in Ft. Pierce. Sule's time of 10:03.51 broke the previous record, held by Tamara Miler from @monroeccrochester, by more than a full second. The record was originally set in 2016.

Paris-Montreuil ?? hosted the first meet of the FINA Artistic Swimming World Series 2018. It was a great weekend for China, Italy, Russia and Ukraine, who all grabbed at least one gold medal over the three-day competition which integrated the annual French Open! Next stop, Beijing ?? - April 20-22. Re-live the best moments here, and head on FINAtv to re-watch the events! ? FFN/P.PONGENTY #FINA #ASWS18 #ArtisticSwimming

Good luck to my favorite strong, independent, fast ladies at the big dance this weekend! I love this sport and these girls with my whole heart and I’m so excited to watch them swim with everything they’ve got! #goCards & #goCocks ???? #ncaachampionships