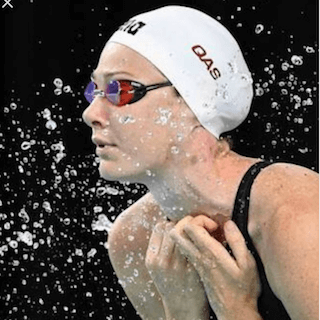 What does it mean for the sport of swimming now that Swimming World magazine has merged with the International Swimming Hall of Fame?

Did growth in women's sports after Title IX cost men? One sports economist says, "No." (Forbes)

Take a look at Phelps, the swimming hedgehog, as he uses aquatic therapy to strengthen his hind legs. (BBC)

Stepping up to an elite aquatics center? Here are 9 rookie mistakes to avoid. (Red Bull)

At this Paris pool, nude swimming is allowed … with one exception. (The Sun)

Why are some fitness buffs eschewing trendy boutique gyms to return to their local YMCA or public pool? (New York Times)

To swim in a frozen Scottish loch, this wild swimmer has to first clear the ice!

Motivation Monday! Cheering on our teammates during practice motivates us. What’s your motivation?? #allin #go4it

Nice start to racing in 2018 at NSW states sneaky win the the 50 fly and 100 free... great to be back racing in Sydney, I qualified for my first Australian Dolphins Team out of this pool 10 years ago! ? #gettingold