The Increasing Diversity in American Swimming 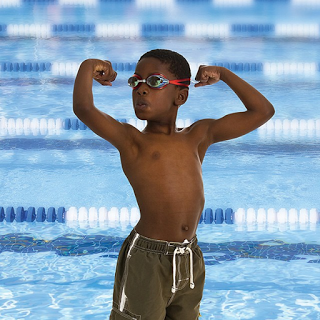 Although swimming may have spent a time as a sport for the wealthy Caucasian male, today the faces of American swimming are much more diverse. USA Swimming’s mission statement declares a goal for inclusion and opportunities for people of diverse race, age, income, ethnicity, religion, gender, and sexual orientation.

Still, in past years there have been very few athletes of color in swimming, especially when compared to almost any other sport. However, that is finally changing, and at a rapid pace.

On the women’s side Maritza McClendon (née Correia) was the first female African American (and first Puerto Rican) to make the team, and she also became the first African American swimmer to set a world record. Up to 2012, these two athletes provided the only diversity to the American team.

Now this is more like it. It shall be framed and once I get my picture with these ladies it will be a double frame. pic.twitter.com/DcbnU2UDa0

Supporters were thrilled and there was plenty of celebration of the increasing diversity within swimming. But 2012 was a sign of things to come.

Success in the pool can lead to lucrative endorsement contracts. This month, FINIS launched their Onyx swimwear line with Arianna Vanderpool-Wallace featured prominently in print and video ads.

This year, as athletes prepare for the 2016 Olympics in Rio, there are even more African American athletes that may be competing. Last March, at the NCAA championships women’s 100 yard freestyle event, history was made as Lia Neal, her Stanford partner Simone Manuel, and Natalie Hinds of the University of Florida claimed the silver, gold, and bronze medals respectively. In men’s swimming, Cullen Jones is expected to qualify despite his age at 31.

Depending on how trials go, he may be joined by Reece Whitley, the Sports Illustrated Kids 2015 Sportskid of the Year, a 16-year-old breaststroker with the potential to qualify.

Each of these athletes is extraordinary in their own right, but it is wonderful to see what they are doing for the previously whitewashed sport. Both Lia Neal and Cullen Jones are outspoken supporters of programs to encourage swimming education for minorities, and Reece Whitley is popular on social media. African American swimmers can be excellent inspiration for young athletes, encouraging more to become interested in the sport and widening the range of the USA’s talent pool.

More importantly, they increase interest in the sport and help improve access to pools for black and Latino communities, allowing kids to learn to swim. Research has shown that many children of minorities may not learn how to swim due to limited pool options or cultural limitations, which results in a higher relative number of drowning deaths compared to white children. The increase in awareness brought to minority communities by these Olympians is actually saving lives.

Overall, we can expect the state of American swimming to be forever changed for the better through the diversity that these athletes represent. One can only hope that in coming years there will be more and more athletes from all walks of life and all races that get the opportunity to enjoy the health and recreational benefits of swimming.

We're in Freeport, Texas, today with @cullenjones and @usaswimming making a splash and learning to #swim!

The Pools are Open here in San Antonio and all over the U.S! Time for lessons. #MakeASplash #SavingLives @usaswimming @SwimFoundation @phillips66co