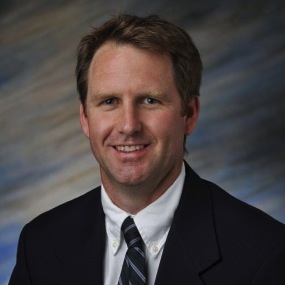 “Everybody’s just stoked that we have it!” might not be what you’d expect a scientific researcher to say about his lab equipment. Assistant Professor Sean Newcomer, however, researches the health benefits of surfing, and the equipment he’s stoked about is the Elite Endless Pool at California State University San Marcos.

Of course, you can’t actually surf in an Endless Pool. You can paddle on a board, and for Newcomer, that’s part of the point. According to his years of research, “paddling takes 40 to 50 percent of the time in the water” for a recreational surfer. “Actually wave-riding is only 5 percent. … The paddling phase is really where you get the most health benefits.”

Another thing you can do in an Endless Pool: just balance on the board, which is a workout on its own. “As a surfer, I think of sitting on a board as nothing; it’s resting,” he says. “But if you take a beginner out, they’re falling off the board. You’re actually engaging quite a bit of muscle mass while you’re stabilizing the board.” He’s already done a pilot study towards quantifying just how much of a workout that is.

Newcomer spent the last two years doing field research, monitoring recreational surfers in the ocean; preexisting research had only studied professional surfers, so he’s pioneering work that could open new avenues to people who want to get fit but see surfing as a mere hobby. While that data gets prepped for publication, he and his team have started to “move forward with the more controlled experiments in the Endless Pool.”

He’s lined up two surf-industry collaborations. “This next semester, we’re looking at paddling mechanics in a certain type of wetsuit and also the thermoregulation properties of a different type of wetsuit. Both of these have different types of new materials that the companies are trying to use, and we’re going to do some analysis on those materials in the Endless Pool.”

A lifelong surfer, Newcomer started investigating the health benefits of recreational surfing while pursuing his master's degree in the mid-1990s. “I was looking at oxygen consumption in surfers as they were paddling,” he recalls. “We were on this ergometer,” which is a dry-land simulator of the paddling motion. “The whole time I was thinking, ‘it would be so nice if we could get these guys in a flume.’ Because those ergometers are horrible! They don’t feel like paddling at all.”

Now that he has an Endless Pool, he finds, “It works really well. The students can easily use it, there’s not a lot of training involved with it. We’ve taken over our own maintenance; we had a guy doing it, but we realized, ‘we can do this, it isn’t that hard.’”

“We love it,” he sums up, and that’s high praise for what may be the least fun Endless Pool anywhere. Each semester, “The first thing I tell them, ‘if I ever catch you in this pool not doing research, you’re done!’” So it’s all business at Cal State. But for those who may soon turn to recreational surfing as a reliable gym alternative, and for swimmers who one day don next-generation wetsuits, they’ll have researcher/surfer/taskmaster Sean Newcomer to thank.