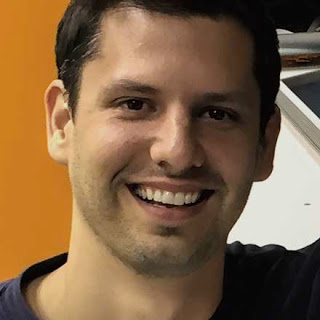 “SwimBox is me and the Endless Pool® in a sports performance center.” That’s a pretty simple business description, but it’s all that SwimBox owner Dominic Latella needs to meet his equally straightforward goal: “My mission in swimming is always just to help people.”

Since it opened its doors eight months ago, SwimBox has quickly established itself as a vital resource in the area. “Pool space in northern Virginia is so limited,” reflects Coach Dominic. “It was difficult to help people the way I wanted to.” By establishing SwimBox in Fairfax, he’s taken four steps towards successfully serving local swimmers.

1. The Right Partners
Not everyone wants to swim and swim alone. Triathletes also want to improve their running and biking performance; some want to prevent or recover from an injury. That’s why Dominic thinks it’s “pivotal” to have SwimBox located inside of Fast Track, a sports medicine and performance center catering to endurance athletes.

“We all work together,” Dominic notes happily. His clients benefit from the “great symbiotic relationship” between himself, the physical therapists, and the other performance coaches.

“I don’t think I’d be so successful if I wasn’t in a comprehensive sports-performance center. It adds so much value to SwimBox. They can swim and can be examined if they need to be. It’s so important to me as a swim coach to help people that way.”

2. The Right Equipment
After thoroughly researching his counter-current pool options, Dominic determined that his “business was absolutely dependent on the Endless Pool.”

“I chose to go with Endless Pools because of the reputation of quality, the speed of the current, and the customer service.” As he recalls, the Endless Pools staff were “excited to work with me as a coach. Having that reassurance was very helpful.”

Once his Performance Endless Pool was installed, he discovered some unexpected advantages. “It completely changed my mindset of how to coach and how to teach. It’s a whole new level. It’s taught me how important it is to have someone in front of you.”

For instance, if a client says, “‘Hey, I noticed this in the mirror,’ I can see it on video. I can see every little detail and [realized] how little I could see before when people were constantly moving away from me.

“It’s incredibly beneficial to teach someone in there. After one lesson, they’re more effective. I usually see a huge leap in ability after three lessons.”

When one client asked why her shoulder hurt when swimming, “the Endless Pool allows me to show exactly what movement is causing pain. She only needed 15 minutes. In a normal pool, it would have taken hours, easily.”

3. The Right Niche
Dominic estimates that “90% of my clientele are triathletes.” These athletes not only strive to improve, but they want their performance gains quantified. Endless Pools’ 52-speed swim current and digital pace display make it easy to quantify those gains!

Otherwise, Dominic notes, “I deal with a very small percentage of swimmers under 18, all competitive. I’ve had one adult learn-to-swim. It’s taken her a total of six lessons, roughly 6 hours of instruction.” Without the Endless Pool, experience tells him, “It would’ve taken longer, about 10 hours.”

The Endless Pool also helped because its compact design fits well in private rooms. “She was embarrassed that she didn’t know how to swim,” Dominic reports, and private lessons in a 50m pool are harder to arrange.

4. The Right Coach
Of course, SwimBox’s success still rests on Dominic’s abilities. Swimming since he was 13 and coaching since 23, he’s developed tremendous versatility.

“You name it, I’ve coached it,” he says matter-of-factly. Latella’s c.v. spans from learn-to-swim adults to age-group triathletes to Paralympic military swimmers at the Walter Reed Medical Center.

Despite his decade-plus of experience and his certification as a Level-4 US Masters Swimming Coach, he gives credit where it’s due. “I can’t imagine SwimBox taking off the way it did without Endless Pools and Fast Track to help.”