A Triathlete Finds his Tribe 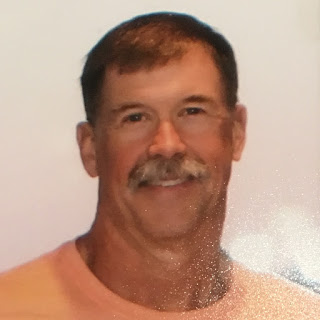 “It’s the camaraderie,” he reflects. Dr. Max Henry, age 62, has recently found himself at the center of a triathlon training club. “I’ve been a triathlete most of my life. Basically I trained on my own.” Now, he has about 20 compatriots who turn to him as the heart of their little community. In addition to his decades of experience, Dr. Henry offers the lake behind his house and the High Performance Endless Pools® swimming machine in his basement.

“Now, it’s fun to train,” he says of their regular Sunday evening sessions. “What I’m getting out of it is seeing all of these other fellow triathletes improve. I’m able to help them out [with] the Endless Pool, to give them to opportunity to improve themselves.”

The group capitalizes on the stroke training opportunities afforded by in-place swimming. “A lot of these people are not swimmers,” the doctor notes. “They’re bikers or runners. So my son and I are in the pool; usually I’m coaching, and he’s using the GoPro. When they swim for 10 or 15 minutes, they’ll get out of the water, review their own video, and see what they’re doing wrong. We put it on each person’s cell phone so they can take it home and study it. It’s worth a thousand words.”

When the Indiana winters make it too cold for a lake swim, “The Endless Pool is the only way we can get a continuous swim without doing flip turns,” he says gratefully.

It's a family affair at Max Henry's Sunday triathlon club! As you can see in this video, kids and family members enliven the atmosphere, even while the serious business of stroke refinement continues. Max's son, the accomplished triathlete Malachi, handles the GoPro to give each swimmer a video to study at home.

The Endless Pools current also “simulates some of the reality of our swims,” he finds. “In Panama City, we had to swim against the waves. Some of my colleagues swim against the current in the Ohio River or the Chattanooga River, where some of our competitions are. So the [Endless Pools] current gives you a little idea of what you’re swimming against and how that water pushes against your body, in particular your chest. You have to use a little more upper body strength to overcome the current and speed you along.”

With all of these training advantages, Dr. Henry chose to install a second Endless Pools model in his Florida home for his son, Malachi, a nationally ranked triathlete. He gets his interest in the sport from his father. Says the older Henry of his kids’ pre-teen years, “Every summer, they had to do a triathlon. Of course, they hated it.” Only in college did Malachi learn to love it. Now, it’s part of their bond.

In Florida, Malachi uses the Endless Pools swimming machine daily. “It’s outdoors and he can swim in that all the time. He uses that as his open water swim because swimming in the ocean in Daytona is a bit dangerous with the sharks and the jellyfish.”

Back in Indiana, the temperature-controlled High Performance model is also a family affair. “At Thanksgiving, I had to jack it up to about 90 so my grandchildren, who are only two years old, can swim in the water. And then I’ll lower it to around 81 for a continuous swim.”

As for the tri club, it’s been growing ever since they earned local press coverage for their achievements. This summer, Dr. Henry ran his first full 140.6-mile Ironman®. “I actually did better than I thought I would for my first time. I went a 12:33 and got 4th in my age group.” That’s a full hour faster than he and his son had predicted.

For 2016, Max and Malachi have a packed schedule: four 70.3-mile and one 140.6-mile Ironman tris. Until then, “I just need to keep up my endurance, just get in the water and swim for an hour or so to keep up my skills, so that swimming will allow me to improve my bike and run.”

And every Sunday evening, he’ll have the camaraderie of his tri group to make his training more enjoyable. “I’m not a selfish person that’s going to keep the Endless Pool to themselves. So these people can come in. They know it’s there, and it’s on a weekly schedule. From my standpoint, my gratification now is helping others.”